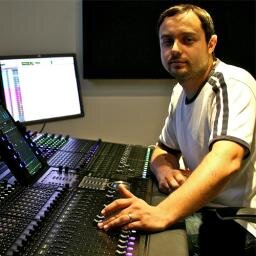 ” This is a more exciting product for the live sound world than many will realise. The technical advantages of the true diversity receiver and the system’s extended bandwidth speak for themselves . . . “

Wireless considerations for shows of any size can cause the biggest headache. As we all know from first-hand experience, the number of channels required, coverage and RF interference can seriously jeopardise a production. That’s not to mention the increasing rules and regulations we must follow when using any wireless technology. The moment wireless equipment is needed for a production, we all get those little alarm bells ringing in our heads, which leave us planning how we’re going to achieve a reliable solution.

Thankfully, technology has improved greatly and now most of the well-known manufactures offer solutions in at least their third generation.

However, we are still left with many considerations and inevitable teething issues. In our roles as sound engineers and technical crew working in the arts, we  already need to be competent with modern computer technology, even just to edit an EQ. We are ultimately the link between the art and the technology, which in-turn delivers the performance to the audience.

As part of that job description, we’re also expected to have a degree-level understanding of RF technology.
Is there a simpler way? There has to be a solution that at least minimises the stresses we face; a solution that can meet the specifications required for any date on a world tour, without the need for multiple RF packages. Surely there’s an IEM system for performers which they can rely on? Working ‘behindthe-scenes’ we will never know what it’s like to be a performer and suddenly feel isolated, because your IEM receiver has entered an RF dead patch. Some fresh thinking has been required for some time, and Wisycom may just have the answers . . .

FROM F1 TO STAGE

The systems we are already using in live sound have been significantly improved through their generations, but it’s no secret there are limitations and performance issues. There are, of course, boundaries that simply go hand-inhand with RF technology, but as with any technological advancement, we need something that will work within these boundaries whilst providing enhanced performance.

We might think running a show with 25 cast members, all on wireless microphones and IEMs, is a challenge, but of course we haven’t got it quite as bad as some broadcast applications. Specifically, Formula 1.

F1 proves to be the ultimate testing ground for wireless applications. Broadcasters from all around the world attend every F1 stage, and the racing teams themselves use wireless comms and data links to the cars. Each broadcaster uses several channels for wireless microphones,IEM monitoring and comms, with the pit lane becoming an RF soup. On top of the fight for clean RF bandwidth there are, of course, the inherent challenges of covering such a large area, often littered with inconvenient physical obstacles.

Wisycom has been designing and delivering wireless solutions for the broadcast industry, in particular providing RF solutions to F1 since 2012 via Wisycom’s UK official partner, Raycom.
This is proven technology which has cut its teeth in the broadcast world, including on some big productions such as major film sets, I’m A Celebrity and, of course, F1. Thanks to the RF challenges faced at such events, Wisycom’s technology presents some significant benefits over what I will refer to as ‘our’ current tech in the live sound world.

The great news here is that Wisycom believes it can answer some of the troubles we face in live sound and has released a number of products for our industry. This includes its latest IEM system, which comprises the MPR50-IEM belt-pack receiver and the MTK952 dual-channel stereo transmitter. I have been lucky
enough to try this system and to understand, within the limits of my sound engineering knowledge, the benefits that it offers. 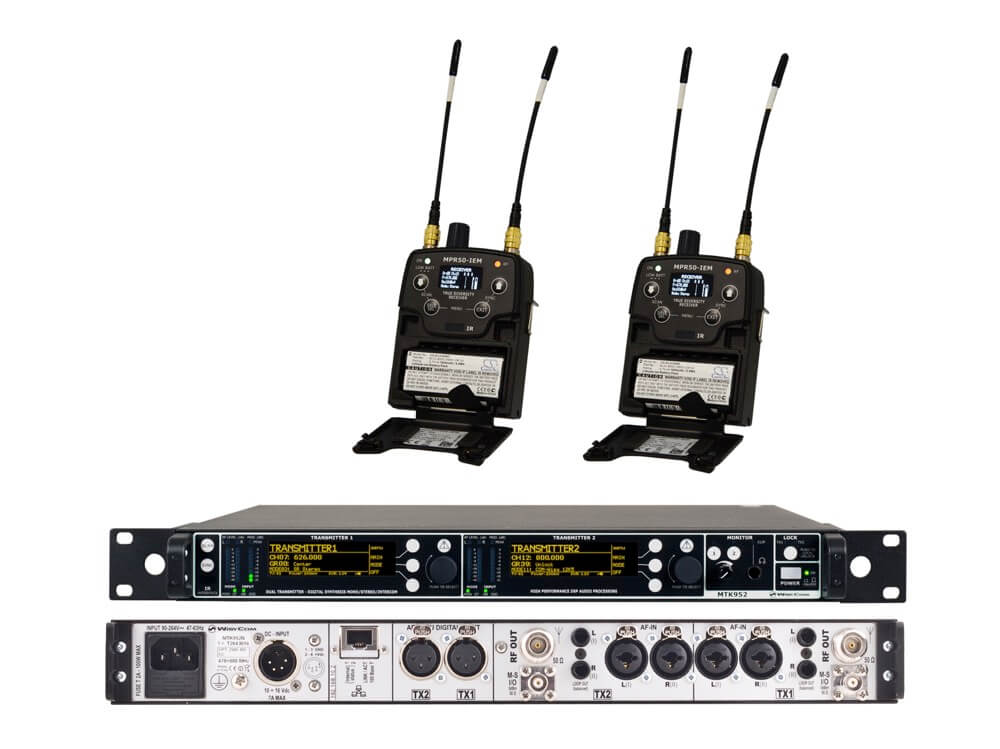 At first glance, the MPR50-IEM belt-pack receiver and MTK952 dual-channel stereo transmitter look just like any other professional IEM solution. They offer all the usual features and methods of operation that we’re already accustomed to; anyone who knows their way around a Sennheiser or Shure IEM system
will immediately feel at home with this. I think that’s really important and will help our industry adopt what is, underneath the user interface, quite different technology. Many broadcast products try and venture into the live sound world and fail, simply because not enough effort was put into the front end.

The first difference we notice, however, are two antennas on the belt-pack receiver. Sennheiser, for example, states that the headphone cable plugged into its belt-packs act as a second antenna. There are, of course, other dual antenna receivers around.

The major difference with the MPR50-IEM is that this is the first true diversity receiver we’ve ever had. This means that as well as the two antennas, there are also two receivers inside the pack. The strongest signal from the two receivers is then calculated and sent to the headphone amplifier.

The MPR50-IEM is ever-so-slightly larger than perhaps some other brands, but it is still very compact and extremely robust. The build quality is excellent, with a smart screen and front panel controls. I also found the simple belt clip to be really effective and easy to use.

A small detail, but a big one when it comes to running around on stage with one. The only surprise for me is that they’ve built a true diversity unit, but placed the antennas only a few centimetres apart. However, during my testing I can certainly say that it works. I had to go a very long way from the transmitter before any slight RF noises were apparent, and walking around several buildings with complicated structures had hardly any effect on the reception, if at all.