BARCELONA, SPAIN, FEBRUARY 28, 2018 – Sobatech Group S.L, a leading provider of broadcast services, recently provided cost-effective, ‘start-to-finish’ project management for a range of motorsports events. As part of its overall equipment specifications, Sobatech upgraded its wireless equipment to include a range of Wisycom products, including its MFL Links, MRK960 Receivers, MTK952 Transmitters, MPR50-IEM Wideband Receivers, MTP40S Bodypack Transmitters, Wisycom’s Software Manager and MTH400 Handheld Transmitters. Sobatech’s use of Wisycom began last year at the Endurance World Championship at the Paul Ricard circuit in France and was most recently used at the SuperGT Series motorsports event at the Buriram Circuit in Thailand. 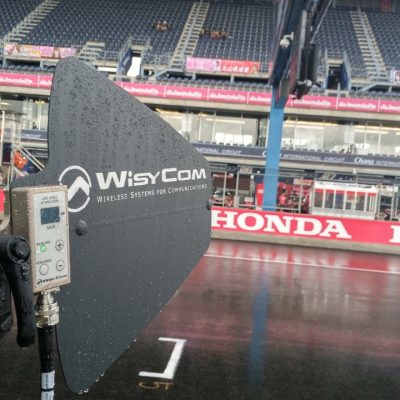 “We wanted to upgrade our older technology to ensure that none of the exciting motorsports action was missed,” says Jordi Nonell Canals, chief of engineering, Sobatech Group. “In looking for a durable, flexible, reliable and practical solution, we met with the Wisycom team and were immediately impressed by their experience in working with live shows and broadcasting. We found that the company’s products and support services are world-class in quality.”

For the SuperGT racing series, Sobatech utilized two Wisycom MFL Links at two remote sites over optical fiber. At the remote sites, all signals were received from the pit lane at Buriram Circuit. In total, four MRK960 Receivers and two MTK952 Transmitters were integrated with the customer’s OB van intercom system, offering a huge coverage area for reporters and floor managers.

Another feature that Sobatech appreciated was the flawless performance of Wisycom’s RF products and wide bandwidth. “As an RF specialist, it’s really important to reduce the RF power. Since using Wisycom products, we have reduced the used RF power by 10 times. In addition, the MPR50-IEM Receivers offer a diversity system with excellent sensibility, noise rejection, and high audio quality,” says Canals. “Using Wisycom’s MFL system with programmable filters included, provided us with a huge coverage area with no leaks, which was appreciated by our customer.” 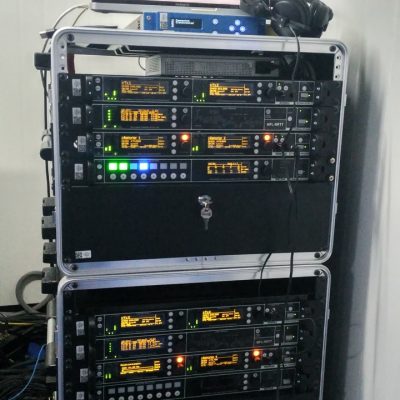 Canals has also found that Wisycom’s software provides ease of use and efficient control over the network. According to Canals, “From a computer, we can manage the entire system, and the wide bandwidth of each component makes it very flexible.”

Sobatech continues to use Wisycom equipment on its projects, including the X-Trial World Championship series currently running through April 2018, for which they were awarded the rights to provide all technical resources and services.

“Even before we purchased our Wisycom equipment, we had great interaction with the company,” says Canals. “The Wisycom team has been wonderful to work with and the company’s technical support has been outstanding. We look forward to using Wisycom equipment moving forward.”

WISYCOM OPENS ITS DOORS IN THE UNITED STATES
WISYCOM SHOWS MPR52-ENG FOR THE FIRST TIME IN THE U.S. AT NAB 2018